Travel has been a bit exhausting lately, but my talk on QuadrigaCX at the MPWR Crypto Mining Summit in Vancouver, B.C. went well. If anyone wants to learn more about the events leading to the collapse of Canada’s largest crypto exchange, I’m told the video should be up within 30 days. I’ll post as soon as it’s available.

I’m also quoted in a BBC radio documentary on Quadriga. David Gerard and Frances Coppola are in there, too. I’m available for more talks on Quadriga and Bitfinex/Tether. If you are interested, send me an email, so we can line something up.

I depend on reader support for the work I do. If you benefit from my stories and the resources I make available for free, please take a minute to subscribe to my Patreon account. Every little bit counts.

Now onto the news—first Quadriga.

Stewart McKelvey, the law firm representing Quadriga in its Companies’ Creditor Arrangement Act (CCAA) has withdrawn amid concerns of a conflict of interest. What’s weird is that nobody outside of Ernst & Young (EY), the the court-appointed monitor, knows what the “potential” conflict of interest is exactly.

The firm was also representing the estate of dead Quadriga CEO Gerald Cotten and his wife Jennifer Robertson. In and of itself, that does not necessarily represent a conflict of interest. I mean, EY would have known about this from the beginning, right? But some new info appears to have surfaced. I suspect the details will emerge eventually. We just have to keep waiting for those monitor reports to come out. 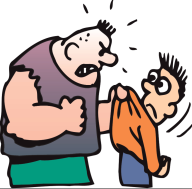 You recall my story on WB21, the payment processor holding $9 million in Quadriga funds? It seems like every reporter who has written about WB21 has received some type of threat—usually, a legal threat. (My story was also followed by threats on social media and email.)

Now a reporter has come forward saying that after he wrote a story on WB21, a thug appeared at his door. Totally unrelated, I’m sure.

Because a thug came to my home, the #fintech game has changed. Because someone is trying to scare me away from #wb21, I believe it merits more investigation.

I’m surprised more media outlets have not covered WB21 in relation to Quadriga. But I suspect that will change soon—after all, $9 million is no small change. What I still don’t get is why Quadriga did not do due diligence before partnering with the firm. The internet is littered with people claiming to have lost money on WB21. This is one more example of how irresponsibly Quadriga conducted its business.

EY should be coming out with a fourth monitor report soon. I’ll be curious to hear if they’ve gained access to Cotten’s AWS account, which contains the platform’s historical transaction data. According to court docs, the Quadriga database was backed up hourly. (You would expect a lot more frequent backups for an exchange handling hundreds of millions of dollars in customer funds.) Also, I’m curious to learn more about the role of Quadriga’s new chief restructuring officer—and what his hourly rate is. (I’m almost certain I’m in the wrong business.) And has the representative counsel pulled together a committee of jilted Quadriga users yet? Until that happens, they have no voice to represent.

In a written statement on March 13, Robertson said that Cotten had mixed his private funds with those of the exchange’s. She wrote: “While I had no direct knowledge of how Gerry operated the business, he told me that he had been putting his own money back into QCX to fund user withdrawals in 2018 while the CIBC money remained frozen.”

This is not new information. Robertson already mentioned this in her first affidavit, filed with the court on January 31. “Gerry told me that he was advancing his own personal funds in order to ensure that payments were made to Quadriga users,” she wrote. I can’t say what this means, other than more sloppy bookkeeping for EY to sort out.

Reddit users claim that the Royal Canadian Mounted Police (RCMP) is collecting info on Quadriga. “They are suspicious and are coordinating with the FBI,” Reddit user “u/e_z_p_z-” wrote in quoting someone on Telegram. I contacted RCMP to verify, but they were tight lipped on the matter. “The RCMP is aware of the allegations against QuadrigaCX. We will not be providing any further information,” a spokesperson told me.

Amidst the backdrop of the Quadriga fiasco, two Canadian financial authorities have published a consultation paper. The Canadian Securities Administrators (CSA) and the Investment Industry Regulatory Organization of Canada (IIRO) are seeking input from the fintech community on how to shape regulatory requirements for crypto platforms. If you want to share your ideas, submissions are open until May 15.

I don’t think bitcoiners realize how broad of an impact the Quadriga mess will have on crypto markets. Exchanges are key to bitcoin’s liquidity, and exchanges need banking. If Canadian banks were leery of crypto-related funds in the past, now they will completely steer clear of the stuff. And my guess is regulators will do their utmost to make sure what happened at Quadriga (one guy managing gobs of other people’s money on his laptop from wherever he happened to be) never happens again—not on Canadian soil, at least.

In other crypto-exchange-related news, Tether, the company that issues the stablecoin of the same name, admitted that it is operating a fractional reserve. This has been widely suspected for a long time. Tether parted ways with its accountant in January 2018 (never a good sign), and it has never had a proper audit. Amazingly, despite this news, tether has not lost its peg and the price of bitcoin has remained unaffected.

David Gerard wrote a hysterical piece on Tether for DeCrypt. “Every 24 hours, the entire $2 billion supply of tethers sloshes around 3.5 times, performing vital work for the market: completing the Barts on the price charts, burning the margin traders, and keeping the game of musical chairs going just that little bit longer,” he writes.

Bitfinex’ed, the pseudonymous tweeter and persistent critic of Bitfinex, unlocked his twitter account, so you can now retweet his tweets again.

[Read my Tether timeline to learn the full history of Tether and Bitfinex, the crypto exchange that it is linked to.]

Mark Karpeles, the former CEO of Mt. Gox, the Tokyo-based crypto exchange that went bust in 2014, was sentenced in Japan. Judges found him innocent of the major charges of embezzlement and breach of trust, but guilty of improper management of electronic funds. They gave him a suspended sentence of four years. Essentially, that means, as long as he stays out of trouble, he won’t go to jail and is a free man.

Bitcoiners have long counted on a flood of institutional money to prop up the price of bitcoin—but it is just not happening. As the crypto markets began to tumble in 2018, CBOE saw scant trading volume on its bitcoin futures product. It also lost market share to Chicago Mercantile Exchange (CME) bitcoin futures, which launched the same month.

Bitcoiners must be so disappointed that the institutional money that was supposed to send Bitcoin to the moon and make them all billionaires never materialised. https://t.co/HJ75AUACNp

Trading volumes for bitcoin futures on both these exchanges pale in comparison to BitMEX, an unregulated exchange in Hong Kong, where you can gamble your bitcoin away at 100x leverage. (I wrote a story on BitMEX for The Block in January.)

Elsewhere, the bear market continues to take its toll on crypto exchanges.

Trading volumes on Coinbase are dropping precipitously. The Block estimates that the U.S.-based exchange will make less than half the amount on trading commissions in 2019 than it did the prior year—if market conditions remain the same.

To make up for that, Coinbase is raising some of its trading fees. It is also listing more coins, the latest being Stellar Lumens. Stellar was started by Ripple co-founder Jed McCaleb, with lumens aimed at being part of a low-cost payment network. A bit of history here: McCaleb was the creator of Mt. Gox, which he later sold to Karpeles.

Bithumb, the largest cryptocurrency exchange in South Korea, plans to shed 150 of its 310 employees, according to CoinDesk.

And Hong-Kong based crypto exchange Gatecoin (not to be confused with crypto payment processor CoinGate) is facing liquidation. The story of Gatecoin reads like a series of Mr. Bill episodes. (Terrible things always happened to Mr. Bill.) After losing $2 million worth of crypto to a hack in 2016, the exchange hopped from three different banks only to have its bank accounts frozen at every one of them. Gatecoin gave up on the traditional banking system and turned to an unnamed French-regulated payment processor in September 2018. The firm returned the favor by keeping a large portion of Gatecoin’s funds. Now, a court has ordered the exchange to shut down.

Hong Kong Bitcoin exchange Gatecoin got scammed by a regulated payment service provider. A HK court has ordered Gatecoin to be wound up, a liquidator has been appointed. https://t.co/Xv9F4DCF4X

You have to wonder if there isn’t more to this story. Why was this exchange booted off so many different platforms? Who was the payment processor that kept its money?