Let me kick off this newsletter with some personal news — I’ll be in Vancouver in the third weekend in February to meet up with David Gerard, the bitter nocoiner we all know and love. We’re both being interviewed for a documentary on QuadrigaCX. It’ll be a quick trip, but I suspect we’ll have enough time for a bottle of champagne, or two. I can’t wait to meet him for the first time in person. Next, on to the news.

CBDCs are all the rage

The big excitement these days tends to be around central bank digital currencies, or CBDCs. Ever since Facebook announced its plans for Libra in June 2019, central banks have been leaping into the digital currency bandwagon, researching the possibility of launching their CBDC.

China wants to be the first advanced economy to launch a CBDC. (Other central banks, such as the Central Bank of the Bahamas and the Eastern Caribbean Central Bank, are well on their way with pilots up and running.) Lawmakers for Japan’s ruling party say they are planning to put a proposal for a digital yen in front of the government next month. (Oops! Apparently, Japan’s legislators are looking to issue a state-backed digital yen, not a CBDC, as I previously thought.) And the Bank for International Settlements says that in three years, one fifth of the world’s population will be using a CBDC.

What’s a CBDC? While Libra is supposed to be backed by a basket of assets, a CBDC is a  an actual replacement for cash. In other words, it’s legal tender issued and backed by the state’s central bank—not the state itself. This is where things get a bit confusing.

John Kiff, a senior financial sector expert at the International Monetary Fund, tells me the taxonomy for digital currencies is tricky and some definitions are still a bit fuzzy. He defines a CBDC as “a digital representation of sovereign currency that is issued by a jurisdiction’s monetary authority and appears on the liability side of the monetary authority’s balance sheet.” That should clarify things!

The general idea is, you should be able to use a CBDC to buy movie tickets, pay for groceries or buy a house. The big question here is, why would you want to use a CBDC if your debit card is more convenient and costs less to use?

Apparently, all this CBDC stuff is nothing new. Aleksi Grym, head of digitalization at the Bank of Finland, said in a Twitter thread that we are going through the third historical wave of digital currencies. During the first wave, in 1993, the Bank of Finland launched a CBDC product called Avant. It was discontinued after 13 years. This February 2000 article in the Economist (paywall) describes the second wave of digital currencies, he said.

Taking us back through time, David Gerard has written a blog post detailing the history of Avant. CBDC advocacy hasn’t changed since the days of Avant, he argues. “CBDCs are the sort of thing the vendor loves — but I’ve yet to see the case for consumers.” Does that mean the debit card will win?

We are going through the third historical wave of #digitalcurrencies. This excerpt from @TheEconomist (17th Feb 2000) describes the second wave. During the first wave, in 1993, the Bank of Finland launched a #CBDC product called Avant. It was discontinued after 13 years. #fintech pic.twitter.com/LbE6KTXSKY 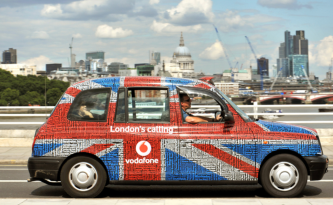 Vodafone dealt another blow to the Libra project, when it announced on Tuesday it had pulled out of the Libra Association, the independent governing council for Facebook’s planned cryptocurrency. The British telecom giant said that it wants to put the resources it originally intended for Libra into its African mobile money transfer service M-Pesa. The 28 companies originally joining the association had pledged to put in $10 million apiece. Vodafone is the eighth big company to pull out.

You can’t blame Vodafone. Who would want to throw $10 million into a project whose chances of getting off the ground — at least in the format originally intended — are slim to none? Facebook is facing too many regulatory headwinds at this point, and clearly Vodafone doesn’t want to take that risk.

Elsewhere in the stablecoin world, on Thursday, Tether launched Tether Gold, a stablecoin backed by — you’ll want to sit down for this — real gold. That’s right. No longer do you need to bear the burden of worrying about where to safely store your personal stockpile of gold. Tether will take it off your hands and issue you I.O.U.s in it’s place. Similar to its fiat-backed cousin, Tether Gold is fully redeemable — under certain terms! If you want your full gold bars back, you’ll have to pick them up in Switzerland.

I wrote a lengthy story on WB21 (now Black Banx) for Modern Consensus last week. Roger Knox, who was a client of WB21, the payment processor that is allegedly holding $9 million in QuadrigaCX funds, pleaded guilty to running a $165 pump and dump on Jan. 13. Three other individuals connected to the scam have also pleaded guilty.

Michael Gastauer, who ran WB21, has not been formally charged, though he was named in the October 2018 civil suit along with Knox. I would assume plans are to indict him as well. It is not unusual for somebody charged by the SEC or law enforcement to cough up information in return for a lesser sentence. So all these guilty pleas probably don’t bode well for him. I’m just not sure if anyone knows where Gastauer is right now. But guessing by some of the schemes he has been involved with, he likely has access to plenty of money. If he is at large, he could stay that way for a while.

On Wednesday, Miller Thomson, the representative counsel for QuadrigaCX creditors, asked creditors for help in identifying any records — financial or otherwise — related to Crypto Capital Corp.

In a letter (archive) posted on its website, the law firm said it had received information that a “Panamanian shadow bank” may have been a payment processor for the exchange in the final quarter of its operation. In other words, sometime in Q4 2019.

Crypto Capital at one time listed Quadriga on its website as a client. The exchange’s now-deceased founder also admitted to using the firm in the past. In an email to Bloomberg News on May 17, 2018, Gerald Cotten wrote: “Crypto Capital is one such company that we have/do use. In general it works well, though there are occasionally hiccups.”

On the legal front, in a complaint filed Tuesday, the SEC charged blockchain marketplace Opporty for conducting an unregistered ICO. The company raised $600,000 preselling its OPP tokens to roughly 200 investors in the U.S. and elsewhere. Opporty sold the tokens to wealthy investors via a simple agreement for future tokens, or SAFT contract.

SAFTs are a bad idea to begin with, but Opporty likely drew even more regulatory scrutiny to itself in describing its platform as some kind of magic do-it-all system. In its offering material, the company described its “ecosystem” as an “online platform that combines a blockchain-powered service marketplace, a knowledge-sharing platform, a system of decentralized escrow and a Proof-of-Expertise blockchain protocol.”

there's a decent likelihood that proof of before anything other than work or maybe stake when included in sales materials has a good chance of showing up in an SEC complaint eventually. pic.twitter.com/GfTgUxjc9g

Elsewhere, the Blockchain Association has thrown its support behind Telegram. In a brief filed with the court on Tuesday, the advocacy group sided with the messenger app in the SEC v. Telegram lawsuit. It told the judge that a ruling in favor of the SEC would stifle innovation in the field and hurt investors. Those investors included prominent VC firms Benchmark and Lightspeed Capital, along with several wealthy Russians. Together they put up $1.7 billion in exchange for the promise of future grams.

The Chamber of Digital Commerce also filed an amicus brief with the court, but with a broader focus, asking the court to come up with a better definition of digital assets.

Plaintiffs in a lawsuit naming Tether have requested the consolidation of three lawsuits claiming that Tether manipulated the price of bitcoin and related bitcoin futures markets. They filed a letter with the court on Jan. 16. Tether seems to be okay with it.

French officials on Friday filed preliminary charges of money laundering and extortion against Alexander Vinnik, according to a report in the AP. The Russian nationalist was first arrested in Greece in July 2017, after he was accused of laundering $4 billion through the now-defunct exchange BTC-e. Greek authorities ruled that Vinnik should go to France, then to the U.S. and finally to Russia. Vinnik’s not happy about it. He was hoping to go straight to Russia, where he would face lighter sentencing.

Finally, Decred dumped it’s PR agency Ditto PR because they weren’t able to get a Wikipedia page for the project despite getting paid a retainer of $300,000. (It’s not clear if they were paid in DCR or dirty fiat.) Ben Munster covers the story in a hilarious article for Decrypt. And here is the full thread of Decred’s former publicist arguing their case.