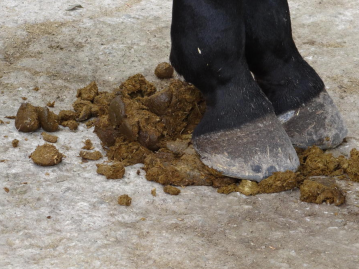 Did you know, there is an actual business for horse manure?

“It’s wild,” one horse farmer told Stable Management. “You can take this stuff that nobody wants and turn it into something of value.”

You can do something similar in the crypto word. Shitexpress was a service that delivered horse poop anywhere in the world for bitcoin. Now, instead of sending actually poop, you can send tethers, a stablecoin issued by a company of the same name, Tether Limited.

Tethers are a major source of liquidity in crypto markets. In lieu of the US dollar, you can use them to enter and exit positions in times of volatility. As such, tethers are responsible for the health and wellness of dozens of crypto exchanges, including Binance, Huobi, Bittrex, OKEx, Poloniex and others, that don’t have direct banking.

When Tether first entered the world in 2015, tethers were promised as an I.O.U. For years, Tether assured us that every tether was worth $1—as in, one actual US dollar that Tether had on hand that you could redeem your tethers for.

Tether and its sister company Bitfinex, one of the largest crypto trading platforms by volume, are now being sued by the New York Attorney General. As court documents reveal more of the companies’ inner workings, people are asking: What are tethers worth? Is one tether worth a dollar? Less than a dollar? What can I get for my tethers?

For a while, the thinking was, well, maybe one tether is worth 74 cents, because in his first affidavit, filed on April 30, Stuart Hoegner, Bitfinex and Tether’s general counsel, said tethers were only 74% backed. In other words, Tether was operating a fractional reserve, kind of like a bank, but sans regulatory oversight or deposit insurance.

Tether updated its terms of service on February 26, to let you know tethers weren’t fully backed, but if you weren’t paying close attention—i.e., checking the Tether website every single day—you may have missed it. Tether says it can amend, change, or update its terms of service “at any time and without prior notice to you.”

Now, it’s looking like one tether is worth whatever someone gives you for it. If someone gives you bitcoin for a pile of tethers, hurray for you, that is the value of your tethers. If the person who got your tethers can pass them off to someone else for bitcoin, or another crypto of value, then yay for them! It’s called the greater fool theory, and, so far, it seems to be working—Tether is still trading on par with the dollar.

But if you take those tethers to Tether, the company that, so far, has shoveled $3 billion worth of them onto the markets, and say, “Hey, can I redeem these for dollars, like you have been promising me all these years?,” they will most certainly tell you, “Sorry, no.”

You can only redeem tethers under certain conditions, such as you bought loads of them directly from Tether—and you are not a US citizen.

In Hoegner’s recent affirmation, filed on May 21, he says you have to be a “verified” Tether customer to redeem tethers.

In that paragraph, Hoegner reminds us three times—just to make sure we understand his point—that whoever you are and however you ended up with your tethers, the company is under no obligation to give you cash back for those tethers.

Per Tether’s terms of service, only those who bought tethers directly from Tether Limited—aka “validated users”—can redeem tethers. Anyone who got tethers on the “secondary market,” meaning, an exchange, is not able to redeem those tethers.

Also, if you want to redeem tethers on Tether, you have to redeem a minimum of $100,000 worth at a time, and you can’t redeem more than once a week.

Further, if you live in the US, you have zero chance of ever redeeming your tethers for cash. Hoegner says that as of November 23, 2017, Tether ceased servicing customers in the US, and at this time, “no longer provides issues or redemption to any US customers.”

To summarize, if you are a US citizen holding a bag of tethers, Tether will give you nothing for them. If you acquired tether on Bitfinex or some other exchange, Tether owes you nothing. And if you don’t like that, too bad, because Tether also says in its terms that when you buy tethers, you waive any rights to “trial by jury or proceeding of any kind whatsoever.”

Has anyone been able to buy or redeem tether via Tether? Is there anyone out there who has ever done this? Would love to hear from you. https://t.co/Xi4HjSOUX2

If you are one of the lucky few who purchased $100,000 or more worth of tethers via Tether’s website—and you are not a US citizen—and would like to redeem 100,000 or more of them, you may or may not get actual dollars back any time soon. 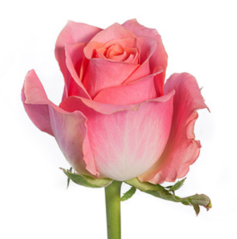 Basically, that equates to, you could get shares of iFinex (Bitfinex and Tether’s parent company) or LEO tokens (a new token Bitfinex recently created) or whatever is in the soup bowl that day. And you may end up with something that has as much real world value as horse manure—just not as good for the roses.

Update (May 27): This story has been updated to reflect that if you buy or redeem tethers from Tether, you have to buy or redeem a minimum of $100,000 worth.