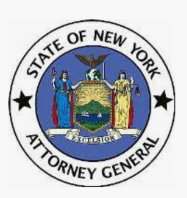 According to an April 24 court filing, New York State Attorney General Letitia James has alleged that crypto exchange Bitfinex lost $850 million and then tried to pull the wool over people’s eyes by dipping into Tether’s reserves.

Tether issues a dollar-pegged stable coin of the same name. According to the Office of the Attorney General (OAG), Bitfinex has so far siphoned $700 million from Tether funds, meaning that tethers are not fully backed. Given that tether is an essential source of liquidity in the crypto markets—currently, there are 2.8 billion tethers in circulation—this is not good news for bitcoin.

I’ve updated my Bitfinex/Tether timeline to bring you up to speed on the full history of these companies’ past shenanigans. Bitfinex and Tether are operated by the same individuals, and their parent company is Hong Kong-based iFinex. I recommend reading  the entire 23-page court document. It reveals a lot about what has been going on under the covers at Tether/Bitfinex. I’ll try and summarize.

Bitfinex was allowing residents of New York to trade on its platform. This is not supposed to happen. Effective August 8, 2015, any virtual currency company that wants to do business in New York State needs to have a BitLicense. This led the OAG to launch an investigation into Bitfinex and Tether in 2018.

Banking has been an ongoing struggle for Bitfinex since April 2017, when it was cut off by correspondent bank Wells Fargo and its main banks in Taiwan. At different periods, Bitfinex has turned to Puerto Rico’s Noble Bank, Bahamas’ Deltec Bank, and more recently, HSBC via a private account with Global Trading Solutions LLC.

Meanwhile, Bitfinex has had to rely on third-party payment processors to handle customer fiat deposits and withdrawals—a fact that it has never been completely up front about. (In fact, the HSBC account turns out to be part of the shadow banking network set up by its payment processor.)

Since 2014, Bitfinex has sent $1 billion through Panama-based Crypto Capital Corp. Bitfinex also told the OAG that it had used a number of other third-party payment processors, including “various companies owned by Bitfinex/Tether executives,” as well as other “friends of Bitfinex” — meaning human-being friends of Bitfinex employees willing to use their bank accounts to transfer money to Bitfinex clients.

This is basically Bitfinex setting up shell companies and playing cat and mouse with the banks—and it sounds a lot like what Canadian crypto exchange QuadrigaCX was doing before it went belly up in January. (Quadriga also used Crypto Capital, but the payment processor is not holding any Quadriga funds.)

By mid-2018 Bitfinex customers were complaining they were unable to withdraw fiat from the exchange. This is apparently because Crypto Capital, which held “all or almost all” of Bitfinex funds, failed to process customer withdrawal requests. Crypto Capital told Bitfinex that the reason the $850 million could not be returned was because the funds were seized by government authorities in Portugal, Poland and the U.S.

Bitfinex did not believe this explanation. “Based on statements made by counsel for Respondents to AG attorneys… Respondents do not believe Crypto Capital’s representations that the funds have been seized,” the court document states.

(This is not in the court filings but Crypto Capital shared this letter with its customers in December 2018. The letter is from Global Trade Solutions AG, the parent company of Crypto Capital Corp——not to be confused with Global Trading Solutions LLC. The letter states that GTS AG is being denied banking services in the U.S., Europe, and elsewhere “as a result of certain AML and financial crimes investigations” by the FBI and cooperative international law enforcements and/or regulatory agencies.”)

In communication logs from April 2018 to early 2019 shared with the OAG, a senior Bitfinex executive “Merlin” repeatedly beseeched an individual at Crypto Capital, “Oz,” to return funds. Merlin writes: “Please understand, all this could be extremely dangerous for everybody, the entire crypto community. BTC could tank to below $1K if we don’t act quickly.” A Crypto Capital customer, who asked not to be named, told me that Merlin is Bitfinex CFO Giancarlo Devasini.

Essentially, Bitfinex tries to create the money by doing a one-for-one transfer of real money at Deltec for funds that don’t actually exist at Crypto Capital. Once they realized that this was probably a terrible idea, they re-papered the transfer as a loan.

Bitfinex then borrowed $900 million from its Tether bank accounts. The loan is secured with shares in iFinex stock. In case you didn’t quite follow that, Bitfinex and Tether are basically the same company, so you can think of this as Bitfinex borrowing money from itself—and then backing the loan with shares of itself.

According to the OAG, “The transaction documents were signed on behalf of Bitfinex and Tether by the same two individuals.”

OAG is fed up with the nonsense. It has obtained a court order against iFinex. Under the court order, Bitfinex and Tether are to cease making any claim to the dollar reserves held by Tether. iFinex is also required to turn over documents and information as the OAG continues its probe.

The court has also ordered that iFinex identify all New York and U.S. customers of Bitfinex whose funds were provided to Crypto Capital and the amount of any outstanding funds—and provide a weekly report evidencing any issuance or redemption of tethers.

Bitfinex has issued a response (archive), stating that the OAG court filings “were written in bad faith and are riddled with false assertions.” It claims the $850 million are not lost but have been “seized and safeguarded.”

The exchange continues to deny any problem. It writes:

What does this mean?

It means Bitfinex is in real trouble. The New York’s Attorney General is one of the most powerful in the nation. That should worry Bitfinex.

New York law allows the AG to seek restitution and damages. On top of that, there is also the Martin Act, a 1921 statute designed to protect investors. The Act vests the attorney general with wide-ranging enforcement powers. Under the Act, the attorney general can issue subpoenas to compel attendance of witnesses and production of documents. Those called in for questioning do not have a right to counsel.

The attorney general‘s decision to conduct an investigation is not reviewable by courts. As Stephen Palley, partner at Anderson Kill, points out, the iFinex action arises out of a Martin Act investigation and “Violations of the Martin Act can be civil and criminal.”

Violations of the Martin Act can be civil and criminal.

Finally, if $850 million is really missing, not just stuck somewhere, Bitcoin is in real trouble, too. Tether could lose its peg and drop substantially below $1. Remarkably, tether’s peg seems to be holding steady now.

Since the news broke, the price of bitcoin has dropped several hundred dollars. A valiant effort is being made to pump the price back up, and it’s working, sort of—for now.