Fowler, who is living in Chandler, Ariz., while free on $5 million in bail, currently faces four other charges related to bank fraud and operating an illegal money transmitting business, so this makes for count number five.

According to federal prosecutors, from June 2018 to February 2019, Fowler obtained money through “false and fraudulent pretenses” to fund a professional sports league in connection with his ownership stake in the league. 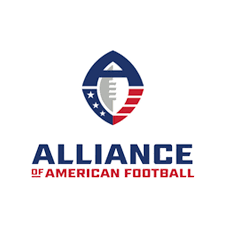 What sports league would that be? The indictment does not tell us. But Fowler invested $25 million in the Alliance of American Football — an attempt to form a new football league — right before its inaugural season and shortly before his arrest on April 30, 2019.

The league ran into problems after withdrawals from Fowler’s domestic and foreign accounts were “held up around Christmas,” freezing a principal source of the league’s funding.

Shortly before then, the Department of Justice froze five U.S. bank accounts—three of them were Fowler’s personal accounts and two were held under Global Trading Solutions LLC, a shell company that he set up.

After forgoing a plea deal last month, Fowler is set to go trial on all five counts on April 28.

Did you enjoy this story? Support me and my writing by becoming a patron.