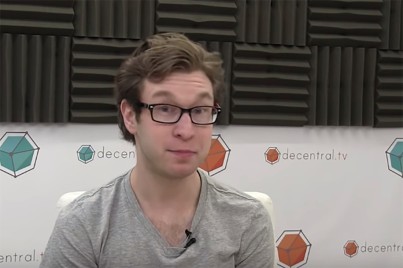 Miller Thomson, the law firm representing Quadriga’s 76,000 creditors, is ramping up pressure on the Royal Canadian Mounted Police to dig up the body of Gerald Cotten, the deceased founder of the failed Canadian cryptocurrency exchange.

Spring is just around the corner. That means the ground in the cold north is going to thaw, and so will the body of Cotten—or whoever that is buried six feet under—putting it at risk of further decomposition. Time is of the essence!

Miller Thomson originally sent a letter to the RCMP at their headquarters in Ottawa on Dec. 13 asking that they exhume the body of Quadriga’s former CEO pronto. They also requested a post-mortem autopsy to identify if that is truly his body and to determine the cause of death. Apparently, no action has been taken yet.

So on Tuesday, Quadriga’s court-appointed counsel dashed off a letter to the Honorable Bill Blair, Canada’s Minister of Public Safety and Emergency Preparedness, who is the person responsible for the RCMP. Miller Thomson explained all of this in a separate letter that it emailed to Quadriga’s creditors and posted on its website the same day.

Miller Thomson said that it asked Blair to give them an update on whether the RCMP will conduct an exhumation and post­mortem autopsy on the “alleged” — this is the language they are using now — body of Cotten prior to Spring 2020.

Miller Thomson also gave out Blair’s email, so that Quadriga creditors could contact him “if they have further questions about the RCMP’s management of this file.”

What this means is, Blair will probably wake up Wednesday to hundreds of angry emails from people who have serious doubts as to whether Cotten is really dead. The law firm also suggested creditors contact their local members of parliament.

I reached out to Blair for comments. It’s too late for him to respond now, but if he writes back, I’ll post his comments here.

Cotten died in Rajasthan, India, at the age of 30, from complications to Crohn’s disease. His body was embalmed in India before it was repatriated to Canada. The closed-casket funeral service took place at J.A. Snow Funeral Home in Halifax, Nova Scotia, on Dec. 14, 2018—the date he was laid to rest.

(To learn more about the Quadriga scandal, read my full updated timeline.)