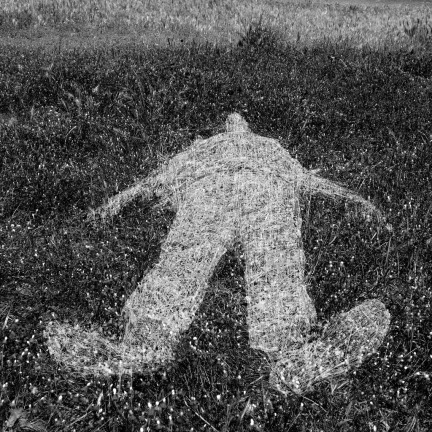 It’s no fun when the money’s all gone. Two weeks after Polish crypto exchange Bitmarket shut down due to “lack of liquidity,” the lifeless body of its CEO, Tobiasz Niemir, turned up in the woods. It’s not clear if he fell in with shady characters or he put that bullet in his head all by himself.

Here is an interview with Niemer done shortly before his death.

You remember BTC-e, the crypto exchange that was shut down in mid-2017? The U.S. is now suing the exchange and its operator Alexander Vinnik to recover penalties of $100 million imposed by FinCEN for allegedly violating the Bank Secrecy Act. Vinnik, a Russian national, is facing extradition requests from both the U.S. and Russia. (Here are the court docs.)

Binance has been shilling its centralized BNB token. The crypto exchange regularly burns (destroys) large numbers of the token to increase the value of whatever is left. The BNB burn is “meaningless nonsense to fool suckers,” writes David Gerard. “Anyone taking Binance posts about BNB seriously as any sort of trading signal is dumb enough to trade literally any shitcoin they see, and probably deserves to.”

The hearing for Reggie Fowler, the AAF investor tied to Bitfinex’s missing $850 million, has been moved to December. (Here are the court docs.) Also, recall that he was released on $5 million bail secured by several pieces of cheap real estate and two financially responsible people. Who were his wealthy friends? A source tells me it was his ex-wife Lori Fowler and Molly Stark, the director of Spiral Volleyball, a company he owned. It pays to stay on good terms with your exes.

Bitfinex and Tether filed court docs arguing once again that they are not doing any business in New York and tether is not a security. (Here is Bitfinex counsel Stuart Hoegner’s affidavit and an accompanying memorandum of law submitted by the company’s outside counsel). It all boils down to “yeah, but, no, but yeah.” We’ll hear from the judge on Monday, July 29 as to what he thinks.

Big whoops: Swedish crypto exchange Quickbit says it has leaked the data of 300,000 customers. According to the exchange, a third-party contractor left the data unprotected while upgrading on the exchange’s servers.

After bidding an astounding $4.5 million in a charity auction for the privilege to have lunch with billionaire Warren Buffet, Tron CEO Justin Sun cancelled last minute, claiming a bad case of kidney stones. But come to find out Sun’s been on the lam from China since November 2018. He is living in San Francisco now, which was where the lunch was supposed to have taken place.

Sun was, however, feeling well enough to attend the Tron after-party on July 25, even though nothing actually happened before the party, since lunch was cancelled.

According to Chia founder Bram Cohen, Sun also forgot to make a scheduled payment as part of Tron’s mid-2018 acquisition of file sharing service BitTorrent. Someone needs to explain to Bram that kidney stones can take a lot out of a person.

Anybody know if Justin Sun is hard up for cash? He isn't letting the last payment for BitTorrent get out of escrow.

My source for this is that I don't have the fucking money and the escrow agency says they haven't gotten signoff. What's your source?

In other news, the IRS is sending out scary letters to bitcoin holders, reminding them that they need to report any gains in crypto trading and pay their taxes. “Taxpayers should take these letters very seriously, IRS Commissioner Chuck Rettig said.

How did the IRS get all this info? Previously, a court ordered Coinbase to hand over the personal identifying information of customers who had transactions of $20,000 or more on the exchange between 2013 to 2015.

An MIT fellow thinks the structure of Facebook’s Libra was lifted verbatim from a paper that he and two other scholars published last year. What say you, Facebook? Are you stealing people’s ideas? It’s not like you’ve done anything like that in the past.

On the subject of Libra, one of the big selling points of the project was that it had 27 partners backing the project. But the CEO of Visa reminds us, no companies have officially joined yet. They’ve only signed non-binding letters of intent.

Telegram is under the gun. The popular messaging service has sold $1.7 billion worth of its Gram tokens to investors. Now it needs to build a Gram wallet into Messenger by October or give all the money back — and we’re sure it doesn’t want to do that.

Finally, Sergey Ivancheglo (aka “Come from Beyond”), the founder of IOTA and one of the project’s core developers, quit the IOTA Foundation. The two remaining directors are non-developers, but we’re sure they’ll handle everything just fine on their own. Nice bunch of people, really.