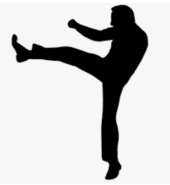 Kik is ready to go to battle. The Canadian social media startup has decided to take on the U.S. Securities and Exchange Commission (SEC). At issue is whether Kik’s digital token kin is a security.

Kik raised $47.5 million in September 2017 by selling kin in an initial coin offering, or ICO — though, Kik prefers to call it a token distribution event. That was after Kik pre-sold $50 million worth of kin to a group of 50 wealthy investors, mainly blockchain hedge funds. The presale was a simple agreement for future tokens, or SAFT, which is basically, a Reg D exemption, where the investors would get the tokens at some point in the future after things were up and running.

On its website, Kik describes kin as a “digital currency” that you can use to “earn points for watching video ads, then use points for stickers and custom emojis.” Kin is different from other in-house loyalty points, because it “can be bought and sold for real money.” In other words, you could use Kin as a utility token in the Kik app and also trade it on crypto exchanges for other coins, like bitcoin and ether.

Kik initially announced its token sale in May 2017, four months ahead of its ICO. At the time, the company banned Canadians from taking part in its public sale, because the Ontario Securities Commission (OSC) had already deemed its token to be a security. But that didn’t stop Kik from opening its sale up to U.S. citizens.

Although Kik consulted with lawyers before its public ICO, as far as what I’m reading, they never actually reached out to the SEC for guidance. And it’s not like they weren’t given fair warning that this might pose a problem.

By mid-2017, the SEC had already begun its crackdown on ICOs. Two months prior to Kik’s ICO, the regulator issued an investigative report concluding that tokens sold by the DAO (a decentralized investment fund that ran on Ethereum) were securities. That report was a cautionary tale to any other project thinking about raising money in an ICO. In a public statement at the time, the SEC said:

“We encourage market participants who are employing new technologies to form investment vehicles or distribute investment opportunities to consult with securities counsel to aid in their analysis of these issues and to contact our staff, as needed, for assistance in analyzing the application of the federal securities laws.” (Emphasis mine.)

But instead of proactively reaching out to the SEC, Kik sat back and waited to hear from them—not a great strategy.

The SEC first contacted Kik two days after Kik’s token offering began. “It was a friendly contact for information, which we happily responded to,” Kik CEO Ted Livingston wrote in a blog post. But from there the conversations “ramped up,” and on November 16, 2018, the SEC sent Kik and the Kin Foundation a Wells notice—essentially, a letter stating that the regulator was about to bring an enforcement action against them. On December 7, Kik sent back a 31-page response.

As far as the SEC sees it, Kik is in violation of section 5 of the Securities Act of 1933, which states that it is illegal to sell securities unless you register with the SEC or else apply for an exemption, such a private placement, which limits a sale to accredited investors—i.e., wealthy people who can survive the loss, if things go wrong.

As mentioned, Kik’s private token sale was a Reg D exemption. (Here is the SEC filing from September 2017.) According to SEC rule 506 of Regulation D, purchasers receive “restricted securities,” meaning that the securities cannot be sold for at least six months to a year. Also, Reg D does not pre-empt something from being a security.

The problem with SAFTs

In general, the problem with SAFTs is that, for various legal reasons (see SEC rule 144), even after the holding period, you can probably only sell your coins to other accredited investors. In other words, you cannot freely trade those coins on the secondary market. Obviously, that limits kin’s usability. It also makes kin not a very good currency, because you can’t actually buy and sell it for real money—at least not that easily.

Anyone know if one is exempted from securities registration by offering to only a few accredited investors how the secondary market works?

“Simply put, Kik did not offer or promote Kin as a passive investment opportunity. Doing so would have doomed the project, which could only succeed if Kin purchasers used Kin as a medium of exchange (rather than simply holding it as a passive investment). Accordingly, Kik marketed Kin, not as an investment opportunity, but rather as a way to participate in a fundamentally new way for consumers to access digital products and services, and for innovative developers, and their users, to be compensated for the value they provide.”

But Kik’s main rebuttal is that kin is a currency—so securities laws don’t apply.

“The term ‘‘security’’ means any note, stock, treasury stock, security future, security-based swap, bond, debenture, certificate of interest or participation in any profit-sharing agreement… but shall not include currency or any note, draft, bill of exchange, or banker’s acceptance which has a maturity at the time of issuance.”

Lawyers will have to debate how to define kin. But just as the SEC’s Munchee order in December 2017 made it clear that calling a token a “utility token” does not unmake it a security, calling a token a “cryptocurrency” may prove equally as futile—especially, if the token doesn’t actually work as a currency.