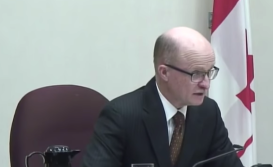 POSConnect, a third-party payment processor holding funds on behalf of failed Vancouver-based crypto exchange QuadrigaCX, has come up with more excuses to delay handing over the money.

Justice Michael Wood agreed to extend the stay until June 28, unless Quadriga’s Companies’ Creditors Arrangement Act (CCAA) proceedings are terminated before then. Quadriga officially entered into a bankruptcy earlier this month.

The stay (protecting Quadriga) is in place until June 28. The CCCA proceeding will expire at that point. It won’t be a “restructuring” any more. It’ll be a pure bankruptcy.

The rest of the 30-minute proceeding was mostly taken up by a back-and-forth between POSConnect’s lawyer and Elizabeth Pillon, a lawyer for Ernst & Young, the court-appointed monitor in Quadriga’s CCAA procedures.

At issue, POSConnect is sitting on CA$281,000 of Quadriga funds. EY wants the payment processor to deliver CA$278,000 right away. The plan is to leave CA$3,000 to cover rolling monthly fees associated with keeping the account open.

POSConnect recently granted George Kinsman, EY’s senior vice president, online access to Quadriga’s documents and transaction data on the platform, and EY would rather pay POSConnect CA$500 a month than risk the firm cutting off all online access.

Pillon said more than 500,000 transactions worth CA$400 million in Quadriga funds were funneled through POSConnect—and sorting all that out is going to take time.

Meanwhile, POSConnect is reluctant to hand over any funds at all. The firm argues that it is due CA$22,000 in legal fees—an amount the POSConnect lawyer called “insignificant” compared to the hundreds of thousands of dollars spent so far in efforts to put Quadriga’s financial affairs in order.

EY is running short on patience. “POSConnect has thrown out more hurdles in respect to their obligation to delivers statements and property than any other third-party payment processor,” Pillon told the judge.

As she explained, EY has been reaching out to POSConnect since February 6 to find a means to get information and funds. Yet it wasn’t until late yesterday that POSConnect put forward $22,000 for legal fees and an administrative cost of $350 an hour to provide reporting—without providing any accounting to support those fees.

Justice Wood said he did not have enough information before him to determine what reasonable legal fees would be for POSConnect. POSConnect will be added to an existing order for other third-party processors, which will require another hearing anyway.

Wood expressed regret that he would no longer be overseeing the Quadriga proceedings. He has been promoted to chief justice of the Appeal Court of Nova Scotia.

Thanks to TheWholeTruthXX for sending me an audio of the hearing.